Skip to content
(573) 346-5200P.O. Box 458 Roach, MO 65787
FacebookPinterestInstagramYouTube
You are here:
Week 21 – Laughter
Windermere has been sort of a quiet place for many days now. But things are starting to change. We are lucky to have a 50 summer staff or interns this year. This week we had about 10 of the interns show up to be trained at the EDGE (our ropes course) and to be certified as life guards. 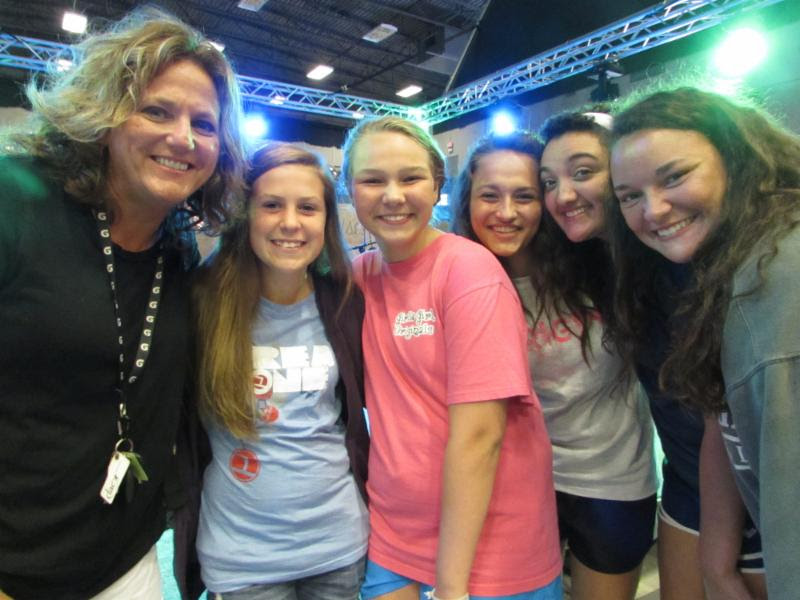 I went out to witness their preparation yesterday. As I observed them, I realized that Windermere was not a quiet place any more. What I heard was – laughter.
Laughter and camp go together.
At camp people get to laugh. People get to have fun. We get to forget about the stresses of life! Life has way too many problems. What we all need is more times to laugh. An old Ella Wheeler Wilcox poem says, “Laugh and the world laughs with you. Weep and you weep alone.”
Proverbs 17:22 says this:
A merry heart doeth good like a medicine; but a broken spirit dries the bones.

It has been said that laughter releases into the body endorphins which relax one and induce rest. It could be called a tranquilizer without any side effects. No one is poor who has laughter as a part of his daily income. It has been called the “music to our soul,” it conserves energy because it takes more muscles to frown than to smile. It is said, “Ulcers don’t grow when you are laughing.”
Everybody knows I love a good campfire story. Here is one of my favorites –

The local news station was interviewing an 80-year-old lady because she had just gotten married for the fourth time.

The interviewer asked her questions about her life, about what it felt like to be marrying again at 80, and then about her new husband’s occupation. “He’s a funeral director,” she answered.              “Interesting,” the newsman thought. He then asked her if she wouldn’t mind telling him a little about her first three husbands and what they did for a living.

She paused for a few moments, needing time to reflect on all those years. After a short time, a smile came to her face and she answered proudly, explaining that she had first married a banker         when she was in her 20s, then an actor when in her 40s, and a preacher when in her 60s, and now – in her 80s – a funeral director The interviewer looked at her, quite astonished, and                     asked why she had married four men with such diverse careers. Wait for it…..

She smiled and explained: “I married….

One for the money, Two for the show, Three to get ready, and Four to go!”
I am glad Windermere can be a place of laughter.
Help us by donating something from our Amazon Wish List. We needs maintenance equipment, bed spreads, linens etc. You can buy it and have it shipped directly to us! Use this link:
https://www.amazon.com/gp/registry/wishlist/36Q2P11EZDI8N/ref=cm_wl_huc_view
It is always a pretty day at the lake.
Categories: Featured, Windermere WednesdayBy John BaileyMay 25, 2017
Tags: DonationsDonorsEDGEGodInternsJohn BaileyLaughterlifeguardsmerry heartMinistryPrayerWindermereWindermere Baptist Conference CenterWindermere Wednesday