You are here:
Week 15 – Jesus on Retreat During Holy Week
I know many of you are gearing up for Easter! Because this is Wednesday of Holy Week, I was fascinated to go over what Jesus did the last two days he was alive. 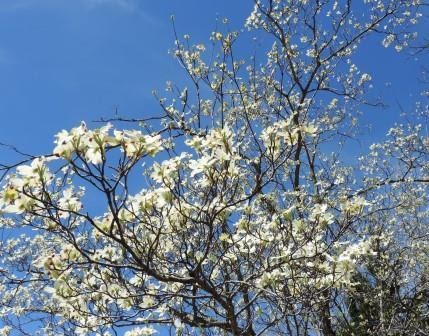 Mark 14:1-7 records the fact that Jesus chose to spend the last Wednesday of his life in Bethany, 2 miles from Jerusalem. Obviously, he felt the need to get away from the city and retreat to be with friends. (I love Biblical examples of retreats).
Jesus stayed at the house of “Simon the Leper.” I have a feeling Jesus smiled at him and called him “Simon the Friend.” He was probably a man who Jesus cured but he kept his old name. Leper homes were places to avoid, yet Jesus retreated there.
As Jesus sat cross legged around the table a woman out of nowhere comes and pours a small bottle of perfume on his hair. How would you like a $15,000 shampoo?  It was extravagant and some would say insane. The critics quickly complained. Yet, Jesus tells them what she did was a good thing.
As Easter approaches, I think we all need to reflect on what extravagant love looks like.

My Texas friends love to share the children’s story called the Legend of the Bluebonnets. Years ago, there was a long time of dry weather in Texas. Ponds and rivers dried up. The animals had nothing to drink, and the plants could not grow. A wise man told the people what they must do. He said that each one must give up something special. There was a Comanche girl who had lost her whole family. Her name was She-Who-Sits-Alone. She had only one thing that she cared about. It was a special doll her grandmother had made her.
She-Who-Sits-Alone knew that if she was to help her people, she must give up something special. That night, She-Who-Sits-Alone threw her doll into the fire. After the fire burned out, she picked up some ashes and threw them into the wind. Then she went home to sleep. In the morning, She-Who-Sits-Alone saw blue flowers everywhere. They covered the hills as far as she could see. That day the rain fell, and there was plenty of water. The people were thankful. Those flowers are now called bluebonnets and every spring people who see them think of She-Who-Sits-Alone and her great gift.
I have heard it said – there is no way we can love and keep a record. Love is generous to a fault. On the last Wednesday of his life, Jesus said the excessive act of this woman was good and it would be remembered. Two days later … Jesus shared an act of love as well….because he so loved the world!
Isaiah 55:2 “Seek the Lord while you can find him.”
Jesus’s last retreat was about extravagant love. I think Jesus still looks for that kind of love. I am sure He still gives it. Celebrate Easter.
It is always a pretty day at the lake.
Categories: Featured, Windermere WednesdayBy John BaileyApril 13, 2017
Tags: BluebonnetsEasterextravagant loveHappy EasterJohn BaileyperfumeRetreatretreatsWindermereWindermere Baptist Conference CenterWindermere Wednesday