This week I was talking about Windermere to a friend and recalled a mentor’s old saying – a rubber band is not useful until it is stretched. As we approach the major peak season at Windermere, I am thinking a lot about being stretched. Every area and component of Windermere will be stretched this summer. 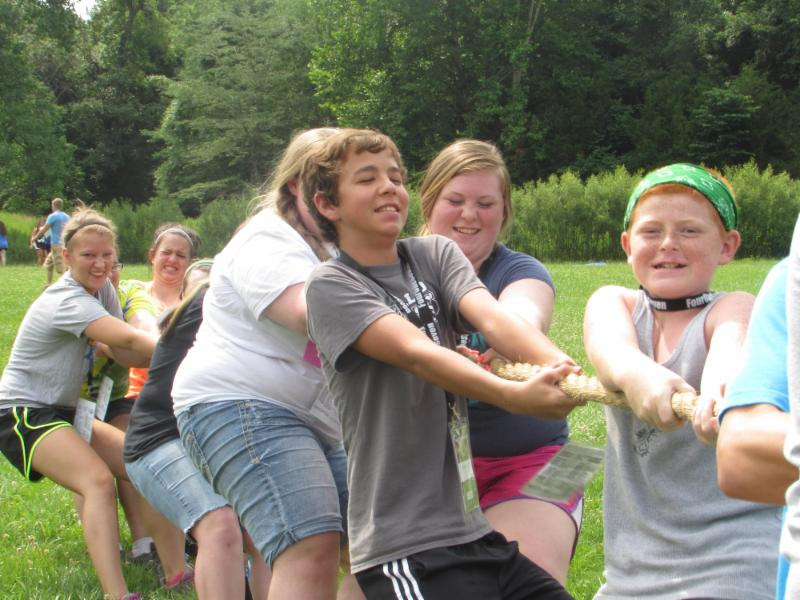 Here is a good verse from Jeremiah 32:27:
“I am the Lord, the God of all mankind. Is anything too hard for me?”
The Lord was telling Jeremiah – all you need to do is replace your “stretching” with the word anything. While some people think stretching is a negative word….I feel the direct opposite. Here are two positives that come when we are stretched.
I grew up in the south and we always have a football story.
The story is told about Alabama’s legendary football coach Bear Bryant. During one important game, his team was ahead by six points and time was running out. It looked like they had the game sewed up. Coach Bryant sent in a running play for the quarterback, but the quarterback decided he would surprise everyone (and Coach Bryant) by calling a pass play. So sure enough when he threw the ball to his receiver, the cornerback intercepted the ball. Now, it so happened that this cornerback was the fasted man in the league and a track star. He sprinted to the end zone with a burst and it looked like Alabama was going to lose. But amazingly, the quarterback caught him and tackled him on the 5 yard line. Alabama won. The opposing coach spoke to Coach Bryant after the game and said, “I thought that quarterback was slow. How did he catch my world-class sprinter?” Coach Bryant said, “You have to understand, your sprinter was running for six points. My man was running for his life.“
You will be surprised what happens when you are stretched.
Student Wake Camp
Theme:
Thrive
July 11-15, 2016
Windermere Baptist Conference Center
www.windermereusa.org
Students in Grades 7-12 along with their sponsors
Cost – $209 OUR DEADLINE is EXTENDED
Sign up today and get 2 free registrations
It is always a pretty day at the lake.